The 534 MEL as converted for marine use by Seamaster

The 534 MEL as converted for marine use by Seamaster

It's been a while and I hope you're doing well. My Chris Craft Commander forum is still up and running well, and we've received a lot more info on the MEL marine motors, and I'd like to share it all here. I'll be posting stuff as we find more of it, and will post links to it as well, if this is acceptable to the terms here, etc. As always, the intent is to share info and have fun, as I'm not selling anything. People interested in classic Chris Craft Commander boats are welcome to visit my forum, link below at signature, and naturally I'll post your new forum link there, because there are still a few MEL motors out there in classic boats, and they are something to behold visually and the sounds they make are awesome too.

Here is a cool posting to start with, one is the largest version of the MEL motor, which is the 534 super duty truck motor, as converted for marine use by Seamaster. I think they could have called their company "Seamonster".

The 534 Seamaster conversions were offered in many large gas powered cruisers, including Egg Harbor and Hatteras, just to name a few. Here is a little history on how the "Seamaster" name disappeared (the company was purchased by OSCO) !!

The SEAMASTER 534 engines are still out there in lots of boats, as I don't think they're very easily worn out. I suspect they'll last as long or longer than the wood hulls they were installed in. I think Chris Craft would install an owner specified motor in their boats if the owner required this at the time the order was placed. I know of One (1) Chris Craft Commander powered by a pair of 534 SEAMASTER's. It would be very interesting to know the circumstances as to how many of these were done, etc.


The name “OSCO” is derived from the OSCAR SMITH COMPANY. Oscar Smith was the grandfather of Robertson F. Smith who actually started the company. History has it that Oscar loaned the seed money to Robertson, so Robertson named the company after him. The current owner, Tom Cooper, has worked for OSCO since 1965, and purchased the company in 1995.

In addition to the original marine engines, which were based on Model A Ford 4 and 8 cylinder engines, OSCO sold conversion kits, which provided the marine parts for a customer to convert his own engine obtained from a car or truck. During the 1970’s a full range of conversion kits was offered, covering every commonly available American car block, and several industrial diesels.

While busy enough with the above production, OSCO also manufactured an extensive line of hydraulic powered fishing deck machinery such as crab and lobster trap haulers, net takers, capstans and almost anything fishing related that could be turned hydraulically.

In the late 1960’s, OSCO purchased the SEAMASTER Marine Engine Co. and added to their existing product line a Seamaster "300" six cylinder gasoline engine, and two V8 gasoline models based on the 534 cu. In. Ford industrial engine. The most powerful Seamaster model boasted twin turbo chargers and inter-cooling way back in the early 1970’s.

Due to difficulties in obtaining base engines, OSCO discontinued their engine product line in 1983 and began the production of after-market manifolds in earnest.

Switching from earlier conversion type manifolds to after-market style manifolds required virtually all-new tooling. From the mid 1980’s OSCO’s in-house pattern shop facility has built the required patterns, and working with only the best American foundries continues to produce large volumes of marine manifolds and risers that have become the quality standard of the industry for the broadest range of Original Equipment Engines.

In 1990, OSCO began marketing their product to the large volume marine distributors, and today is recognized as the leader in quality, 100% built in the USA, manifolds, risers and accessory parts. OSCO manifolds and parts are available throughout the boating world through distributors, local marinas, marine engine repair shops, and the Internet.

Regards, all the best from Nashville, Tennessee

The MEL and SUPER DUTY had similiar combustion chamber design.

Hey thanks for the clarification. I knew if I posted this on a site full of MEL experts, anything amiss would be pointed out, and I appreciate the clarification. For some reason due to the similar combustion chamber configuration, I was of the opinion this was a MEL variant.

Welcome P.,
I'm glad you made it to the MEL board. I sent you an e-mail when I did the switch to this format. I wasn't sure if you received it so I was about dropping into the Chris Craft Forum and see what keeps you busy up there.
I created this section with you and your buddies in mind. I knew you would drop in sooner or later. Thank you for enrolling and sharing info and photos from the MEL Waterworld.
I know that you have tons of info material, so please feel free to post and share. It's much appreciated.

As for links and sharing info w. your board it's perfectly O.K with me. These two boards are too different to have any competition problems.
Generally I would like to see participants coming in instead of leaving for an other El Dorado. That's especially the case now, since the board looks very fresh and deserted after we had to move and didn't had the option to migrate the old threads.
So we're much like in the very first beginning a few years ago. We need more participants to revive this MEL world.

It would be easy to create a few non motor related sections to attrackt a broader range of people. At this time I prefer to keep it mainly MEL engine related. I really hope that this community gets larger and sooner or later becomes even attractive to MEL interested people that allready are members of other boards.
We could send them participants who post sheet metal topics and other questions and they would send us people who are interested in engine themes.

Anyway I'll create a link section and put your forum on the list within the next days.
Good to see you
Best regards
Theo

P.S. I edited your photolinks. They were way too large to fit the main body and therefore were cut. You need to downsize them or just use the upload button and it will be downsized automatically by creating klickable thumbnails.
Best regards
Theo
Admin
Top

You're absolutely right about the non-competition between sites. I've posted an announcement on our boat forum about your site, here is the link incase you didn't see it. http://www.network54.com/Forum/424840/m ... 1232453656

Our prime mission is the boats. There are actually few Commanders with MEL motors. They were only installed in this boat line during the first two years of production, 1964 and 1965. Many have been worn out and replaced, although there still are some and the guys who have them really do brag about them. They have a wonderful sound, burbling through big cast iron mufflers and 4-1/2" copper exhaust pipes. The MEL motors were used in much more quantities in wood Chris Craft runabouts and cruisers. The CCABC (Chris Craft Antique Boat Club) is a source of info from time to time on these boats, but the marine MEL is a pretty rare bird these days.

Personally, with classic boats (and classic cars) originality is the big deal. I would drop over if I saw a Lincoln Continental with a GM motor in it, and the same goes for the premium runabouts.

In any case, my forum is pretty light on engine technology. Anyone really interested in MEL info will go through our info quickly and have a thirst for real tech info, which we just don't have. We have a few bits of info that I'll pass on any time we get it. I think I have another MEL original brochure, I'll send when I find it. Anyone we encounter with any questions about MEL marine motors will be directed here for qualilty information.

Theo, if you see images or info about the MEL on my forum and you want to copy them for your own, please be my guest. You can either link directly or copy the info and replicate it on your forum, as you wish.

Paul, I assume that most regulars in this forum are not aware that you have been part of the staff as a MEL Mission moderator since the first day of foundation of the old format forum. As expected you were very busy with the CC mission you were sent to. As traffic in this area of the world was smooth and perfectly moderated mainly by General Kultultz you didn't show up too often. We knew: what was good for the CC, was good for the MEL Forum.
However I would appreciate to see you back in duty as your chair in the office of bilateral affairs between the Navy and the Airforce has not been announced officially.
I issiued a command to move your office to our new building in the headquartes. Our cyber airmen deployed to the 36th Communications Squadron here from the Ohio Air National Guard's 121st Air Refueling Wing in Columbus have set up your persomal desk to insure an unobstructed commencement of duties.
As usual the first briefing will take place in the middle deck of our E-4B Advanced Airborne Command Post. We have fixed the projection room w. the latest oberhead projectors, so we'll be able to show you a few 3 D impressions of the job while we travel to the HQ.
BTW, do you remember this briefing we had during the Stanley Superior crises? That was short before we decided to bring him down. My office has also changed a lot since then. You'll be surprised. 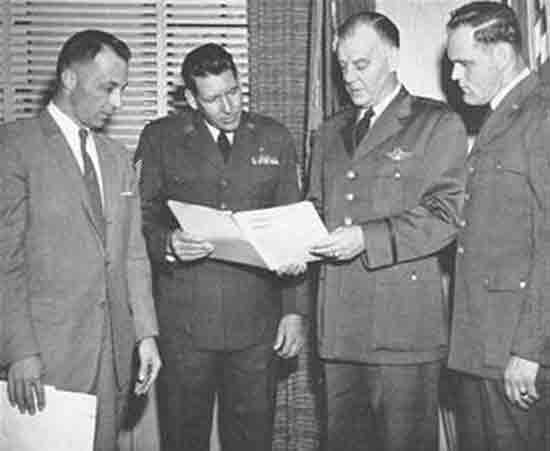 Provisions have been made to pick you up from the USS Harry S. Truman on Thuesday 5 a.m.
I'm looking forward to receive a confirmation within the next hours.
Best regards
T.
Best regards
Theo
Admin
Top

My bags are packed.

Paul, I received your message this morning. We've ordered quite a few bottles of Champagne and a few boxes of Ha##ana#.
The boys are currently unloading the first load.

They are very excited looking forward for the welcome party. They have also booked the Tillerchicks and some professional Bellydances they flew in from our base in Turkey.

But don't bother Paul; let them have it the their way. We don't need to attend all that. I know you prefer having a drink with me in the library and talk about the President and geopolitical affairs.

But don't bother Paul; let them have it the their way. We don't need to attend all that. I know you prefer having a drink with me in the library and talk about the President and geopolitical affairs

Theo, I'm afraid I'm going to have to side with the Tillerchicks on this one!

Just wanted to see if you'rte still the same.

Return to “Post Photos Of Boats (MEL Powered Only)”